Faith and politics: Christian voices in the public square

I am an ordained Minister of the Word in the Uniting Church in Australia. I am also the Elected Councillor in local government, at the City of Mitcham in South Australia.

I was asked recently how I justify my two positions in light of the doctrine of the separation of church and state. How can I be both an ordained Minister, and an elected representative in Local Government?

It’s a fair question, and goes to the heart of a profound misunderstanding many people have around the broader issue of faith and politics.

For this reason, there is no established ‘Church of Australia’, like there is a Church of England.

The various Christian denominations all have equal footing in Australia, and none have any claim to State authority.

Consider the alternative circumstance in England, where their Head of State is (like ours) the Monarch, currently Queen Elizabeth II. Of course the actual governing of the state is invested to a Parliament through appointment of a Prime Minister, the person able to ensue a majority of votes in the House of Commons.

The Queen is also the Commander of the Armed Forces, and has the power to grant honours, make treaties and recognise States amongst other things. Interestingly, however, she also has the power to appoint bishops and archbishops in the Church of England, upon the Prime Minister’s recommendation. This is because she is also officially the ‘Defender of the Faith and Supreme Governor of the Church of England‘.

Consider this quote from her own website: “The connection between Church and State is also symbolised by the fact that the ‘Lords Spiritual’ (consisting of the Archbishops of Canterbury and York and 24 diocesan bishops) sit in the House of Lords. Parish priests also take an oath of allegiance to The Queen”.

Now, despite both the Australian and English Parliaments operating in the Westminster system of Government, their upper house – the House of Lords – differs slightly from our Australian Senate in that our federated states elect equal numbers of Senators democratically, whereas in the House of Lords, they are appointed Peers – including the Bishops.

Can you imagine a scenario in Australia where a portion of our Senate was automatically appointed Anglican Bishops, or indeed, heads of any denomination? It’s unthinkable for Australians; our Constitution, like the US, is written to contrast that situation.

Whilst in England a few years ago I chatted about this with several people, all of whom were very comfortable with the expertise present in their House of Lords, and thankful for their considered view, despite not being elected. It’s a different situation to ours.

Our Head of State is also the Queen, represented by a Governor General, but our Constitution ensures no church has status or any privileged power in the State. We have an enshrined separation of church and state.

Which means that any citizen has the right to participate in the public square, including clergy.

Indeed our Constitution goes even further – it also forbids a person from being disallowed from participation in the state because of their religion:

“..no religious test shall be required as a qualification for any office or public trust under the Commonwealth.”

There are several examples of where this has been exercised, one example being Brian Howe, Deputy Prime Minister from 1991 to 1995 in the Labor Government, who was a Uniting Church Minister, and Rev Tim Costello, who was Mayor of St Kilda from 1993 to 1996.

Representatives of Churches, like those of business and a myriad of community organisations, are invited, like all citizens of Australia, to stand for democratic election and participate in the governing of our State. In considering one’s vote, they should be evaluated like everyone else, on their policy, ability, and values.

However, I am constantly reminded of a caution in regard the reputation of the gospel. By choosing to step into the elected sphere, I must recognise that my voice will inform how some people, not the least my fellow Elected Members, view Christianity. There is always the risk that it may confirm certain preconceptions of moralism. I am constantly aware of this tension, something Australians are very sensitive to.

At Uniting College I lecture a course called Beyond Sunday that explores in detail how Christians can integrate their faith with their work to serve the common good. Politics is a particular vocational area, and requires careful thought.

Theologian Miroslav Volf suggests that Christians needs to learn how to engage in the public square sharing wisdom humbly. He notes that Christians have always defined wisdom as “concrete pieces of advice about how to flourish”[1]. For me on Council this finds literal ‘concrete’ expressions in roads and rubbish removal and stormwater and sporting clubs and rates and budgets and trees and parks and the myriad other things which make up local community. I enjoy the diverse governance responsibility. I also draw inspiration from Jeremiah 29, where the people of God, even far from home in exile, were encouraged to “Seek the welfare of the city…for in its welfare you will find your welfare”. (Jer 29:7).

But in all our vocations, it is so important and exciting to discover ways in which our faith can find robust and creative expression in our lives and inspire us to humbly serve our world that God so loves. 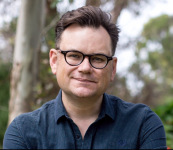 Tim Hein is Director of Discipleship and Christian Education at Uniting College for Leadership and Theology. He has previously ministered in a variety of contexts, and speaks regularly. Read more about Tim at timhein.com.au.

This article was originally written prior to the 2013 Federal election, and revised and published in the June 2016 glossy edition of RISE magazine. See back issues here.