Today, perhaps more than ever, people are asking, ‘what does God want me to do now?’ The future may appear uncertain to many, considering current events but my lifetime of experiencing God’s guidance has taught me how to recognise His voice in the wilderness.

At God’s direction we have experienced dramatic and overwhelming changes to our lives.

First, we married and that’s one of the biggest steps of faith you can take.

Then over time, I transitioned from telephone technician to medical doctor, then specialist, and then ordained pastor.

We’ve lived in Papua New Guinea, Bangladesh, Pakistan, Yemen and the Northern Territory of Australia, with children in tow.

How did God “engineer” those momentous changes? My wife and I learnt how to hear His voice.

The Lord has also guided us through 65 years of happy marriage, with 23 children, grandchildren, and great grandchildren. And that has been our greatest adventure of all. 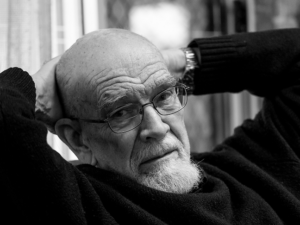 Malcolm Dunjey is a medical doctor and ordained minister who has worked with his wife Audrey in Papua New Guinea, Bangladesh, Pakistan and Yemen, either for government or as medical missionaries. He retired at age 80 and has been busy writing ever since. Malcolm has written 4 books, including To the City of the Great King (autobiography); 136 Questions about God… (theological); Stethoscopes Kiaps and the Law of the Jungle (PNG cannibals), and YEMEN (about their work as medical missionaries).
Find out more: https://malcolmdunjey.com/