Dealing with your Thorny Bits

After Jesus, Paul is most definitely the main protagonist of the New Testament. Today we are still in awe of his leadership, his apostolic gifting and his pastoral insights. He was able to mix it with the best of the Rabbis and to also converse and debate with the leading Hellenic thinkers. He planted churches, healed the sick, preached the gospel throughout the Roman world and generally created a magnificently holy ruckus where ever he went.

Yet in 2nd Corinthians he lets us in on an intriguing element of his life. Paul writes,

“I will not boast about myself, except about my weaknesses. Even if I should choose to boast, I would not be a fool, because I would be speaking the truth. But I refrain, so no one will think more of me than is warranted by what I do or say.

To keep me from becoming conceited because of these surpassingly great revelations, there was given me a thorn in my flesh, a messenger of Satan, to torment me. Three times I pleaded with the Lord to take it away from me. But he said to me, “My grace is sufficient for you, for my power is made perfect in weakness.” Therefore I will boast all the more gladly about my weaknesses, so that Christ’s power may rest on me. That is why, for Christ’s sake, I delight in weaknesses, in insults, in hardships, in persecutions, in difficulties. For when I am weak then I am strong.”

What I find fascinating is that here we have the central personality of the early Church, saying that his prayers to be released from his ‘thorn in his flesh’, were unanswered. We must ask where was his faith? Did he not believe that Jesus had come to offer us life in fullness? Paul’s ongoing struggle with the ‘thorn in his flesh’ seems to be in direct contrast to the suffering-less version of the Christian life preached in many churches today.

Although many have speculated on what Paul’s thorn could have been no one knows. I like this, I think that it means that we can all identify in our life a thorn. It could be anything. A temptation, a past hurt, a medical condition, a relational issue, an addiction, a character flaw. All of us live with thorns. Some of us will be miraculously healed from these thorns, but most of us like Paul will struggle with them for the rest of our lives. Therefore it is essential that we learn how to live with our thorns. Here are some pointers. 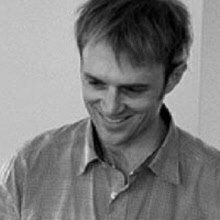 Mark Sayers is an author and speaker who specialises in interpreting popular culture from a Christian viewpoint.  He is the author of a number of books including ‘The Trouble with Paris’ and ‘The Vertical Self’. Mark was also a keynote speaker at LifeWell Conference.

This article was originally posted at www.marksayers.wordpress.com on 14 April 2010.  Used with permission.

This article was first published in the August 2009 glossy edition of RISE magazine. See back issues here.