Live free and change the world

RISE managing editor Wendy Rush talks to Shane Willard about how we can live a life of freedom by taking possession of, and using, what we already have.  And how embracing the cross as a symbol of forgiveness and confrontation can help us change the world.

When we think of freedom, most of us think of being free from debt, or the burden of having to turn up to a job we don’t particularly like, or letting go of relationships or situations that make us unhappy.  The freedom to do what we like and to live the way we want to.

Shane Willard talks about a different kind of freedom.  “There is a freedom found in possessing what you already own” he says.

What is the difference between ‘possessing’ something and ‘owning’ it?  Isn’t that the same thing? Shane explains that it is possible to possess something and not actually own it.  “If you are in possession of, say, a motor vehicle that you don’t own, it means you either borrowed it or you stole it.  It’s also possible to own something that is not in your possession.  Many people have the legal rights to something and they may not even know it.”

What should we be looking to possess and where do we start?

“Salvation is one thing we all have in common” says Shane, and he relates the story the Apostle Paul told in the book of Galatians.   “This is how Paul frames Christianity.  There is a land owner who owns a big piece of land and he is particularly cruel to his slaves.  Then another man comes along and he buys the land.  He pays a big price for it, because he not only bought the land but he paid the redemptive price for the slaves.  He tells them ‘I no longer call you slaves, I now call you sons.  You are heirs of all this land.  I give you the whole thing.  Now I want you to work the land as if you are an heir, an owner, not as if you are a slave.’

“So my question to believers is, are you working for God to try and own more or to avoid punishment?  All you need to do is reach out and possess what you already have.”

To further illustrate his message, Shane uses the example of someone having a ridiculously large amount of money buried in their backyard.  They own the money but until they find it, they are not in possession of it.  “You can own something rightfully, but not possess it, and you can search for what you hope for but you haven’t seen yet.  That’s faith.  To be saved is not looking to create a new reality, but to reach out by faith to possess what God already has for us.”

“2 Timothy 1:9 expresses it this way: All your names were written in the book before time began.  God loved you and called you before the foundation of the world.  Salvation is when you reach out and receive what has always been yours.”

Living a life of freedom also involves ‘un-burying’ what we have been given. Shane points to the parable of the talents in Matthew 25.  The story involves a landowner who entrusted his wealth to people, and the expectation was that they would put it to good use and account for it when the landowner returned.  The ones who used what they were given for the common good were celebrated and their wealth multiplied.  The one who buried the single talent he was given found that even that was taken away from him.

“This story challenges those of us who believe in Jesus by essentially saying, don’t sit around and wait to go to heaven but allow heaven to be established in you now.

“I looked back at everything Jesus ever said about heaven and I asked myself would I enjoy it?  Would I like it?  When Jesus talked about heaven, most of his teachings were confrontational.  Some were meant to give hope, so we knew that death doesn’t win.  There is this ‘next day, tomorrow, some day’ reference, but Jesus also focused on the confrontation of heaven.  If heaven invaded your life tomorrow would you like it?  For example, in heaven all the secret conversations in your heart will be revealed.  If your pattern of living is secretive, dodgy or questionable then watch out, because your motives will always be revealed.  Are you ready for that?

“The Bible says that heaven is like eating at a table with every tribe, nation and race so if you are racist on earth how will you cope with that?  While you are living on earth, go ahead and get heaven in your heart now so that you don’t get whiplash!”

Shane challenges us to get angry enough in those places in the world where heaven is not established.  “We should be bringing heaven to earth, not waiting to go to heaven” he says.

“16,900 children are going to die today according to the World Health Organisation.  What does our response look like?  I’m not talking about irresponsibly giving everything away once, and then having nothing left.  I am talking about using our blessings to help others, about focusing on the right things in order to partner with Jesus in making the world a better place.”

Shane reminds us that the cross of Christ is a symbol of confrontation.  “The cross is about the forgiveness of sins and should be embraced as such.  But adding to that, it is also a public ‘in your face’ confrontation about living.  One example is the tendency of the world to escalate situations, so if you slap me I have to slap you harder.  But the cross says you can win by humbling yourself.

“In the week leading up to Christ’s crucifixion, Pilate is riding around on a chariot and warhorse to control the crowd on one side of the city, and Jesus is coming in from the other side of the city riding on a donkey.  The contrasts of the kingdoms of this world vs the Kingdom of Christ are very apparent.”

Shane points out that all four Gospels only quote part of the Scripture about the coming of the Messiah.  Matthew says ‘See, your king comes to you, gentle and riding on a donkey, and on a colt, the foal of a donkey.’

“None of the Gospels complete the Scripture, and don’t mention where it is from because the believers were living in a time when their very lives were threatened so they memorized Scripture in order to be able to communicate in secret.  Instead they would say ‘This is to fulfill the words of the prophets’ and people knew the rest.  What they are quoting is from Zechariah in the Old Testament which goes on to say ‘I will take away the chariots and the warhorses.’”

Believers know that what the cross stands for is in stark contrast to what the world stands for.  But it can be very difficult to live this out.

“The cross is about forgiveness, but it is also about humbling yourself and not escalating violence.  About putting God’s stamp on this world because it is worth saving now!  It’s about choosing the donkey over the warhorse.  A choice to live in this world as if it is worth saving.  How you live now matters because this world matters to God.  The Apostle Peter calls it a new birth, so we can do over all of our failures and live as if we are worth something.

“The cross is about hope flowing through suffering.  It has everything to do with no longer being a slave to things like anger, bitterness, guilt, fear, and all about being redeemed from these slave drivers.  About taking possession of what we already own, unburying what God has given us and living as if we, and the world, matter.” 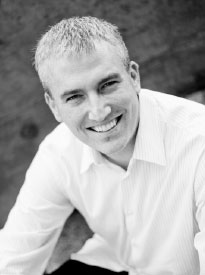 Shane Willard has visited Adelaide a number of times as keynote speaker at LifeWell Conference. Shane began working in full-time ministry as a youth pastor of a small church in Charleston, South Carolina, USA.  Shane is an international preacher and theologian with a master’s degree in clinical psychology. He now ministers full time in America and internationally, particularly in South Africa, Australia, and New Zealand.

For more information about Shane and his ministry go to:  shanewillardministries.org