Inequality and the power of imagining a different world 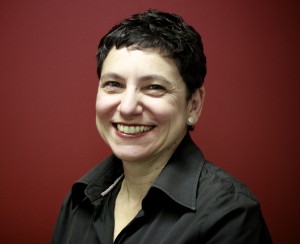 Inequality is a growing problem in Australia. The gap between the rich and the poor is widening and it’s happening quickly. The latest report on inequality from the Australian Council of Social Service (ACOSS), A Nation Divided, shows that the richest 10% of Australians hold 45% of all wealth (income plus property, shares, superannuation etc) while the bottom 40% hold only 5% of the wealth. To take another perspective, a person in the richest 20% has 70 times as much wealth as someone in the poorest 20%. Between 2004 and 2012 the wealth of the richest 20% of Australians increased by 28% while the wealth of the poorest increased by only 3%.

Excessive inequality is unjust and not good for the wellbeing of societies – not only is it bad for the country, affecting economic growth and stalling our shared prosperity, it’s bad for communities and people, concentrating power in the already rich, undermining social cohesion, gender inequality and negatively affecting people’s health and wellbeing.

While government policies are focussed on spending cuts not revenue raising, and those spending cuts are directed to public services and infrastructure, shrinking the safety net for those who struggle in our society and shifting to ‘user-pays’ systems in such essential services as healthcare and education, it is inevitable that the wealth gap will increase and become entrenched in families over generations.

Something is not working.

A statement adopted by the 12th Assembly of the Uniting Church in Australia in 2009, An Economy of Life: Reimagining Human Progress for a Flourishing World, was the Church’s response to recognising that in a globalised world, the many sufferings of humankind and the planet are all connected and that while we can try to treat some of the symptoms separately, the deep and abiding problems of violence and injustice will continue unless we make some radical changes to the systems and structures that determine how we live together and relate to the planet.

An Economy of Life states the Church’s understanding that the global economic system will continue to do harm because of the values and assumptions inherent to it. Like any human construction, economic systems are never value free. What we have now are systems and structures that not only breed violence, poverty and injustice, they thrive on them. Materialism, individualism, greed for money and power, competition, commodification, the unlimited growth and a deeply embedded culture of consumerism: these are the values and the principles that guide the operation of our global economy.

It is true that through industrialisation, technological development and the globalisation of the free market economy, millions of people around the world now experience greater levels of health and prosperity than their ancestors could have imagined.

But somewhere along the way, the world was hijacked by neoliberal economic theory and now we have an extreme market fundamentalism driving not only our financial systems and structures, but our political and social systems as well; and it is globalised. Inequality and climate change are just two indicators that suggest a system that is out of control and wreaking injustice and violence on people and the planet.

The good news is that the economy is actually not some autonomous beast that is best left to its own devices. An economic system is developed by people and for people, and it can be helpful or unhelpful. If it’s not helpful we can change it despite what vested interests would have us believe.

There are now more theologians, economists, philosophers, social theorists, social activists and concerned people all over the world challenging the assumption that the best we can do is just tinker with the system.

The Christian church, I believe, has a particular responsibility to challenge the mythology that there is no other way and to offer an alternative vision for what is possible.

The theme of a just economy runs strongly through the Bible which is full of stories warning about the dangers of greed and prioritising wealth and possessions ahead of relationships and the doing of justice. The Pope’s recent encyclical, Laudato Si and the Uniting Church’s An Economy of Life are both expressions of the Christian vision for an alternative economics; one based on the values and the principles core to faithful Christian living – compassion, hospitality, generosity, co-operation, relationship and community, respect for the natural world as God’s good creation and life as God’s abundant gift, and the need for societies to prioritise the needs of those who are poor, marginalised and oppressed.

I believe that the challenge which lies before us is to imagine a different story for the world: a decent market-based economy that is built on measuring human progress in terms of wellbeing rather than the capacity to consume; that encourages, even rewards, co-operation, social responsibility and generosity; that upholds the values of simplicity and hospitality, addresses the needs of the most vulnerable as a priority, and supports the cause of peacemaking not the business of war.

Once we can imagine a different story we can better hold on to the power of love, justice and peace to transform our world, and we can begin to open up opportunities and spaces for bold, peaceful, creative, hope-filled, inspiring and transformative resistance. It is time for us to find the courage and the will to interrupt the systems those in power keep telling us cannot be interrupted or changed.

Elenie Poulos was a guest speaker at the 2016 Uniting Women Conference unitingwomen.org.au

Reverend Elenie Poulos is a Minister of the Uniting Church in Australia. She was appointed National Director UnitingJustice Australia in 2002 and is a member of the World Council of Churches’ Commission of the Churches on International Affairs (CCIA). She has a professional background in book publishing and an academic background in linguistics (BA Hons), language in education (MA), and theology (BTh). She is a doctoral student at Macquarie University studying public theology and human rights.