Reputation is built on behaviour, not image

Home » Featured Articles » Reputation is built on behaviour, not image

Neiquist’s thoughts are an accurate reflection of what we see around us especially in online digital media. There is an explosion of activity in social media across the globe and it seems to suggest there is greater connection and relationship across communities, countries and even the globe. What we need to ask is, is there greater relationship on social media or just greater communication?

Author Shirley Turkle, in her book “Alone Together”, also writes about the phenomena of digital communication and, after years of research into how we use this method of communicating, Turkle points out what she believes is happening. She writes that…

Turkle goes on to write that we usually prefer to text and email than communicate in person because it gives us control of the process. We can edit, re-write, and carefully construct the image we are looking to project. What Neiquiest and Turkle are both saying is that we are constantly telling partial truths about ourselves by projecting the image of what we want to be true rather than being fully truthful about who we actually are.

It may seem from these two writers that this is a thoroughly contemporary problem created by the technology that allows us to hide behind the veil of digital media and project false images and messages. Yet any student of history or human nature will tell you that being false is as old as humanity. In fact two thousand years ago, before any type of communication technology was available, Jesus had some very harsh things to say about people who lacked honesty. In a section of the Bible that tells the story of His life and teaching (Matthew 23:16-22), Jesus is direct and strong against leaders in his community who lacked honesty. He especially attacked the fact that they would make vows and oaths that sounded like they were binding commitments and yet they were just doing exactly the opposite. In the same section of the Bible in dealing with the same issues, He says simply “..let your yes be yes and your no no..” (Matthew 5:37). In other words, mean what you say and say what you mean.

It seems all these years later we need to hear those words with new clarity. We have fallen for exactly the same problem but in a different medium and culture. We have fallen for the idea that our reputation is built on our image and not our behaviour. This is exactly what Neiquist and Turkle are suggesting – we have bought the concept that “spin” will create an image that will impress our community and build our profile. But it’s not what we post that matters, it’s how we behave. Our reputation is built on whether we can be believed, trusted and relied upon.

Many people fail to recognize that what they believe is just a “little white lie” is in fact a character flaw that undermines whether people can believe you. We are often so keen to be liked and viewed as acceptable by the right people that we massage our image to create what we think is the right persona. Yet when people find that what we say fails the test of truthfulness then everything we say is called into question. There is an old joke, “how can you tell if a politician is lying.. their lips are moving!”. This is possibility harsh on good people with civic commitment who are serving the community in public life and yet for all of us the joke rings true. Too often water tight commitments have become noncore promises and expendable ideals. Before we are too harsh on politicians let’s remember we may suffer exactly the same reputation with our friends and associates. They have stopped believing what you say.

We also live in a time when our commitments seem to be disposable. Getting someone to RSVP to an event or commit to a social engagement is almost an impossibility. There are a range of reasons for this one being the desperate need not to miss out. If I commit to this event what if something better comes up, what if I miss out on a gathering where all the right people are attending, what if someone I want to connect with or start a relationship with asks me out? All the time we are scanning the social horizon for the right place to be seen and all the while constantly letting people down.

Consider the simple task of arriving to a date, event or meeting on time. There seems no end of people with little ability to keep to a commitment of arriving at a particular place on time. There is an attitude of arrogance in this approach to meeting in that my time is much more important that yours. You can turn up on time and wait for me but I feel very free to leave you waiting because I value your time less than I value my needs. If we can’t keep to our commitments, if we can’t commit to an invitation and if we fail to honor commitments of time we are proving ourselves to be someone who can’t be trusted.

When Jesus said to “let your yes be yes and your no no” he wasn’t just giving a pious commandment for religious types to follow. He was speaking the truth about life and giving us clarity on the only true way to build your reputation. How you are viewed, whether you will be trusted and whether people believe what you say will not be created via a hip and cool Facebook page, it won’t come through endless Instagram shots in all the right places and it won’t come from clever tweets. It will be built on the simple truth of whether you keep your word and your commitments, whether you are honest and if people find that the image you portray and the person you are are congruent. Any failing in those areas can’t be changed by a new image only via new behavior. 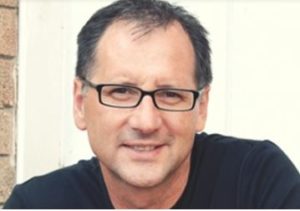 Karl Faase is a well known Australian Christian communicator, media presenter, leader and social commentator. He is the CEO of Olive Tree Media, the organisation through which he produces programs of excellence for Christian media and local church use internationally. Karl is in demand across Australia as a speaker, with a special interest in encouragement & motivation, leadership, ministry development and communicating to those exploring faith. Find out more about Karl and Olive Tree Media at olivetreemedia.com.au.