‘The children here…they need milk’, were the words echoing in my mind after talking with a village elder outside his makeshift home. Surrounded by the driest of deserts, with huts made from sticks and torn clothing, no running water, power or even a useable toilet; for him this was the most important thing. Milk.

I had visited the Internally Displaced Peoples (IDP) settlement just days into a two-week trip to Somalia, visiting World Vision projects in the country’s famine-affected northern region. Years of prolonged drought had resulted in what the UN had labelled a ‘catastrophic lack of food and water’ for the entire Horn of Africa.

I had been chosen as one of World Vision’s Artists to learn about their work in the field. After an eighteen hour journey to Kenya I boarded a noisy 12 seater UN plane carrying journalists, aid workers and government officials. We flew over what seemed like an eternity of red, cracked earth, which seemed more like a lunar landscape from a Hollywood film set.

Arriving at Hargeisa International Airport looked more like arriving at a local footy clubroom. Stepping off the plane could be described as walking into an oven, then turning the heat up! In the terminal there was a distinct lack of technology. Everything was done with pen and paper. There was no food court, gift shop or car hire agency to be found.

Out on the road an eight-foot tall camel startled me, standing in front of our Toyota Land Cruiser as we wound our way down unsealed roads to the high walled compound. Prickly cactus bushes broke up the tan coloured sand and rock. Goats casually emerged behind rows of dust covered, crowded market stalls selling pocket radios, oil and flour.

Boys were playing soccer on a football pitch with no grass while girls in black hijabs (head scarves) walked home from school along the roadside with books under their arms. Elderly men sat on wooden stools in the shade of acacia trees sipping camel milk tea, staring out at the weather. Women in colourful dress laughed secretly at my blonde hair and burning pale skin. 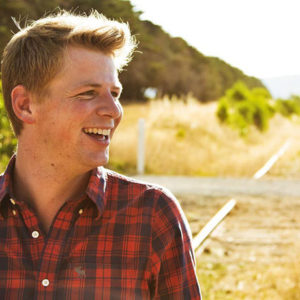 Amidst my excitement witnessing this new culture there was an unusual feeling of dormancy in the air; a forced intervention of nature bringing productivity to a grinding halt. There was a sense of restlessness, particularly amongst the men. It was coupled with uncertainty and frustration. No-one knew how long the drought would last.

The more I began to understand the situation – in which farmers had watched their camels starve, goats die of thirst and crops fail, while also unable to feed their children – the more I realised the severity of the famine. People here needed basic items, like milk, to survive.

I heard stories of escape from civil war and violence in the south. Frightened families bravely walking over twelve hundred kilometres only to find a lack of food, water and shelter when they arrived.

In a tiny village of only ten huts I met a woman and her seven children. The youngest, a boy, came to greet me. “Wow, he looks healthy”, I recall saying. My interpreter explained that his stomach was bloated from malnutrition and that he had become anaemic.

I asked his mother if he could get medical attention. She told me the nearest clinic was a good day’s walk away and that she couldn’t leave her family behind to go there. She told me she could take a bus but didn’t have the money to pay for their transport, let alone the medication for her son. When I asked her to convert the costs into US dollars I was shocked. Five dollars would provide food, a bus ticket as well as medication for this boy.

On the bumpy road back to the hotel that night I remember thinking how simple it was and how little it could cost to save a life. I thought of the things I’d spent five dollars on back home that I didn’t need. At the same time I was reminded that when we stop giving, stop responding, we stop saving lives too.

For me Somalia was uncomfortable, hot, exhausting and at many times upsetting. But I was given an incredibly rare first person view into life-saving aid work in one of the world’s most neglected regions. And through the smiles on the faces of the people I met I saw what World Vision had brought to Somalia. It was hope.

From working with former child soldiers in Uganda, to his role as Assistant Music Director for The Choir of Hope and Inspiration (comprised of Melbourne’s homeless and disadvantaged) Levi is committed to music and social justice – and he wants to motivate and inspire a new generation of people who are willing to stand up and make that difference.

Listen to Levi at levimcgrath.com.au

This article was first published in the June 2014 glossy edition of RISE magazine. See back issues here.